The Area & Things To Do

North Northumberland is known as "The Secret Kingdom". It contains England's least explored National Park - Over 40 miles of Heritage Coastline - 16 castles plus priories and great houses to visit - Fine foods - friendly people. All in an area of unspoilt and outstanding natural beauty.

Surrounded by splendid countryside in the Cheviot foothills, on the Scottish Border, we're located on a quiet single track lane at a farm specialising in horse riding & carriage driving & an ideal base for those wishing to combine these interests with a holiday in an area of natural beauty and historical significance.    We have facilities for horses on holiday and this includes staff in permanent attendance should you decide to have a day away visiting the local tourist attractions that are well worth seeing.

The last great battle between the English and the Scots took place at Flodden Field on 9th September 1513 and the army of James IV set camp on land occupied by Flodden Edge Farm. The Scots were defeated by an army led by the Earl of Surrey and the Scottish King was killed amidst the general slaughter at Flodden. This led to the accession of his grandson James VI of Scotland to the throne of England. www.flodden.net/battle.aspx

Legacy of the border conflicts are the many castles in the area, notably Norham, Etal, Ford, Floors, Berwick, Twizel, Bamborough, Lindisfarn, Alnwick & others.   A little further south is the Roman forts and Hadrians Wall

We have the home of Sir Walter Scott nearby at Melrose

40 miles south of Flodden we have the World's largest human form sculpted into the landscape: Northumberlandia - which celebrates the earth's natural power and the human ability to reshape landscape into a dramatic form.  Northumberlandia

Roe deer ordinarily cross our fields early morning. Buzzards can be seen most days soaring above Flodden hill at the back of the cottage. In addition we have a pair of barn owls & tawny owls & Peregrine falcon. More recently we have sighted a pair of (rare) ravens who are just establishing on crags across the valley. We frequently see stoat & fox hunting for rabbits & pheasants & for an early riser an occasional otter.

Otters, vole and kingfishers have also found the perfect home at The River Till near Etal (4 miles). At Chillingham Castle, 10 miles south east can be found the famous white cattle, the only wild cattle herd in Europe.   From the coast you can take a boat trip to the Farne Islands to sea the puffins and seals and dolphins and even the occasional hump backed whale.

Situated in the rolling foothills of the Cheviots on the edge of Northumberland National Park we afford immediate access to quiet footpaths with woodland walks and spectacular views. The Cheviot at 2674 ft was formed in granite by volcanic action, surrounded by red sandstone between the River Till & Redesdale. The lower hills at the southern end are carboniferous limestone.

There are not the jagged peaks & knife edges of the Lake District, neither are there the multitude of tourists!!! North Northumberland is known as “The Secret Kingdom” – perhaps because it is undiscovered & blessed with quiet roads where you can relax & unwind whilst savouring the peace & unspoilt beauty of the area.

Walking is in an area of diversity: on wide expanses of heather moorland, with round-backed hills and broad vistas , woodland tracks and riverside paths. The College Valley is particularly splendid for those who enjoy solitude and unspoilt wild beauty. Bridleways & footpaths are extensive.

Fast flowing hill streams become sedate rivers that wend their way through wooded valleys and fertile farmlands to the coast. Along their courses, the heron and the fishermen share the harvest.  Along their banks, each inviting settlement has its story to tell and its warm friendly people to meet.  Its unspoilt beaches and rugged cliffs lapped or pounded by the changing moods of the North Sea, the Heritage Coast affords ever-changing skyscapes, sweeping sandy bays and tiny fishing harbours - a paradise for bird-life and bird-watchers.

From golden coastline to rugged moorland - it's time for you to explore:- 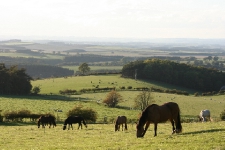 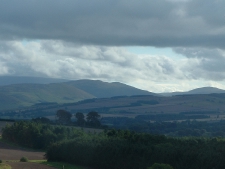 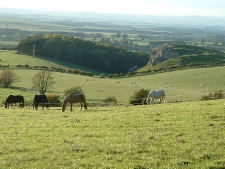 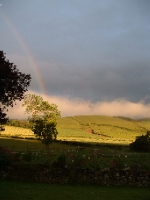 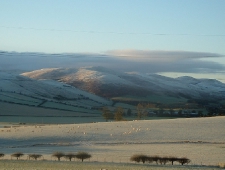 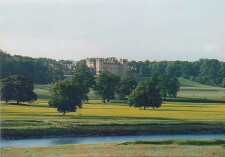 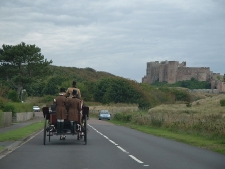 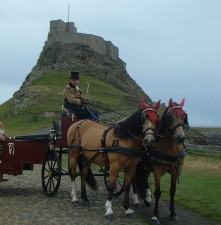 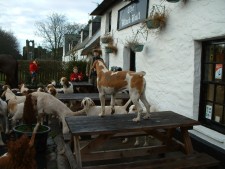